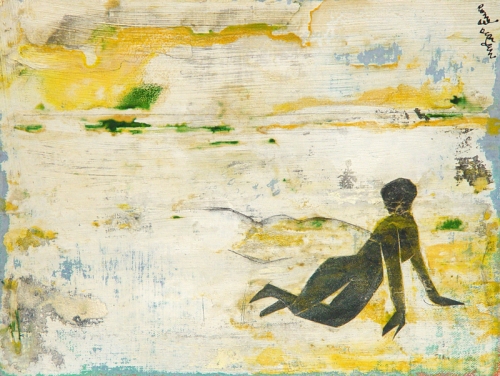 Romare Bearden was born in Charlotte, North Carolina in 1912 and spent his childhood summers in Mecklenberg County, North Carolina. He moved with his family to Harlem as a child. and spent his adolescence in Pittsburgh. Romare Bearden graduated from New York University with a degree in math. His mother, Bessye, was the New York editor of The Chicago Defender and played host to such people as W.E.D. DuBois, Paul Robeson and Langston Hughes.

Romare Bearden was an accomplished jazz musician. He wrote a song that was recorded by Billy Eckstine. He traveled to Paris as a young man to study the modernists. When he returned he took a job as a caseworker for the New York City Department of Human Resources which he held until the late !960′s. Romare Bearden was also a brilliant writer. If he had elected to write rather than paint, he would have left a legacy in writing as important and universal as the legacy he left us in paintings and collages.

Romare Bearden enjoyed his only formal art training under George Grosz at the Art Students’ League. In the early 1960′s he abandoned abstract painting and began constructing collages, with ingeniously incongruous figure fragments, blazing reds and subtle grays, surgeon’s scissor cuts. Romare Bearden worked in a studio above the Apollo Theatre in Harlem. His collages were primarily of black city life; his compositions were vibrant with energy, depicting the multiple facets of street life. Romare Bearden worked indefatigably to secure equal recognition for black artists. Many felt that he did not quite make it to the top of the art world because he was black, albeit a heavy-set light-skinned black. When Romare Bearden returned from his year in Paris he moved from Harlem to Canal Street and married dancer Nanette Rohan. He died in 1988. 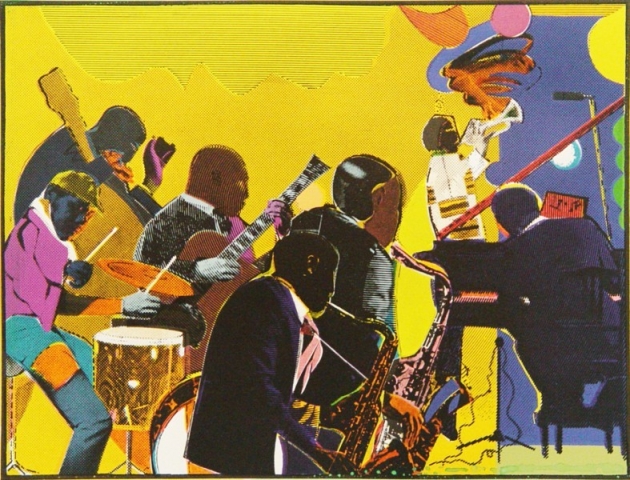 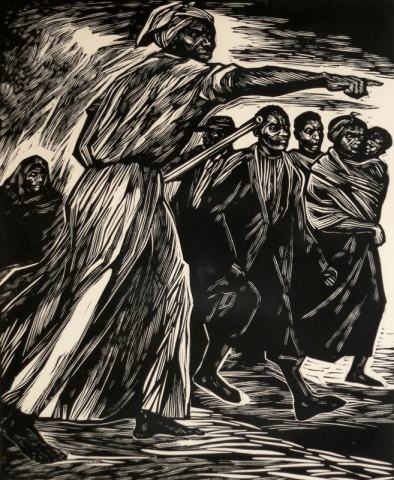