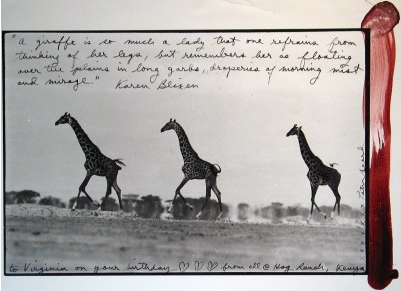 Giraffes in Mirage on the Taru Desert, Kenya, 1960 (later imp)

From childhood, Peter Beard has done collage work and kept diaries. In 1975, he had his first art exhibition, which was in New York City at the Blum Helman Gallery and since then his creativity has received much public attention.

Peter Beard is a graduate of Yale University with a degree in art history. Of great inspiration to him is the book Out of Africa by Karen Blixen. He became a friend of Blixen, whom he met in Denmark, and in 1955, took his first trip to Africa. He later bought a 43 acre farm in Kenya adjacent to Blixen’s land. Peter Beard is married to Hajma Khanum, and has a daughter, Zara, for whom he has written a book: Zara’s Tales.

Helping to support his extensive travels and lifestyle is a trust fund from his great-grandfather, James J. Hill, founder of the Great Northern Railway. Hill’s great interest in the arts as well as the fine art collection he amassed have also had great influence on Peter Beard. 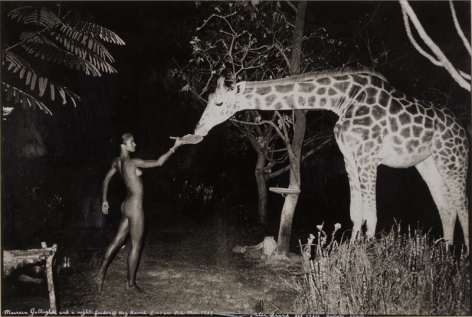 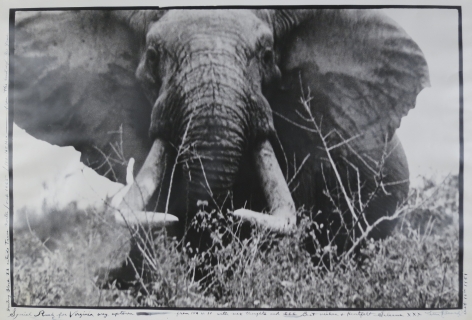 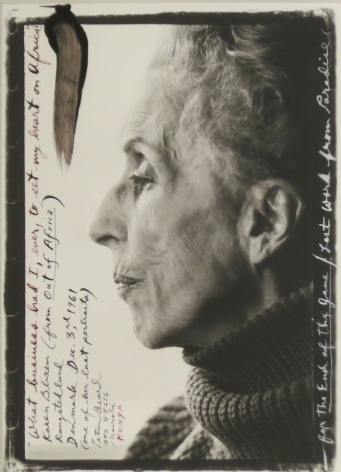 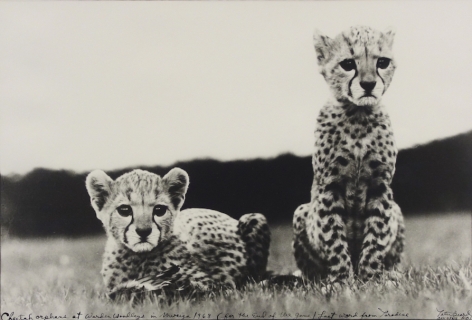