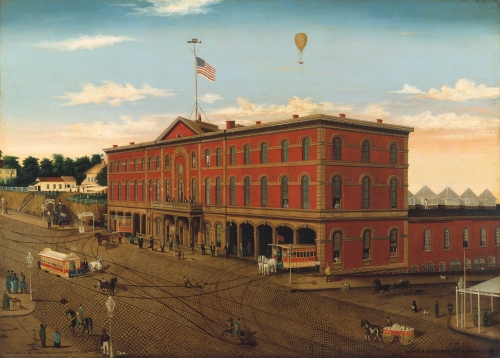 Not much is known about his life or training. He is most known for his precise representation of the Third Avenue Railroad Company’s new depot painted circa 1959-60.He painted it while serving as the company’s superintendent from 1856–64. The depot was completed in 1857 and destroyed just four years later by fire. The structure was located on Third Avenue between 65th and 66th Streets in New York City.

Spellman Gallery is interested in rediscovering works by this artist.