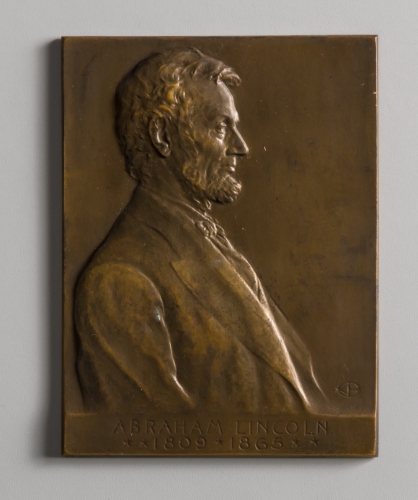 From Lithuania, Victor Brenner became a noted medallion and coin sculptor, and was the designer of the 1909 Lincoln head penny, which commemorated the centennial birth date of Abraham Lincoln. It was the first penny to have the wording “In God We Trust” (that motto had first appeared in 1864 on a two-cent coin that was discontinued).

Brenner studied at the Academie Julian in Paris and emigrated to the United States in 1890. Based in New York, he was a member of the National Sculpture Society, the National Arts Club, and the Architectural League. His work can be found at the Architectural League in New York, the Metropolitan Museum, the Paris Mint, and the Vienna Numismatic Society.

Source:
Donald Martin Reynolds, “Masters of American Sculpture”
Peter Falk, “Who Was Who in American Art”