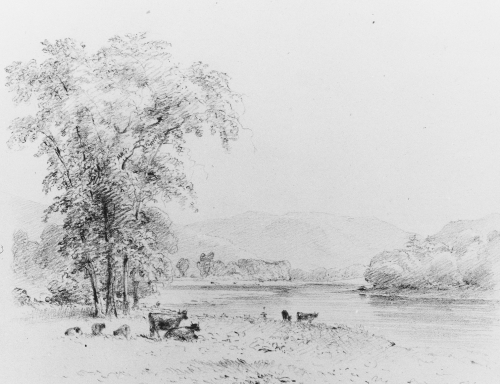 Born in London, England, Thomas Addison Richards, age 11, came to Hudson, New York, and then spent the remainder of his youth in Penfield, Georgia. He became one of the first artists to bring the beauty of the natural landscape of the South to the widespread attention of Americans through numerous paintings, illustrated travel guides, and magazine articles.

His early talent was shown in his 150 pages of watercolor sketches about his trip from England. At age 18, a book of his flower paintings was published, and this was followed by an illustrated book on Georgia, which is credited with having some of the earliest pictures of the state of Georgia. He also did portraits and landscapes, and in 1845, went to New York City to study at the National Academy of Design, where he became, for forty years, corresponding secretary during its greatest growth and influence.

In addition, he organized the first class for women at Cooper Union and was professor of art at New York University from 1867 to 1887. He traveled widely in the United States and Europe, and in 1857 did handbooks of American travel that became a model of their kind.