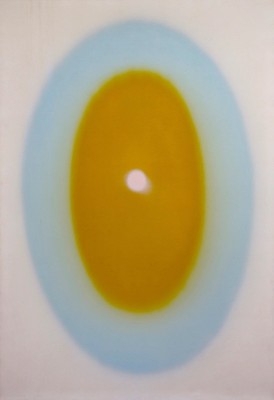 Stanley Twardowicz’s lifetime achievements as artist and photographer has yielded both International and National critical acclaim through a career spanning seven decades. Twardowicz’s many personal friendships, both professional and personal, are best summed by a statement by his once best-buddy, Jack Kerouac, who proclaimed Twardowicz as “the most compassionate man I’ve ever met.”

Twardowicz was born “Stanley Jon Leginsky” on July 8, 1917, in Detroit Michigan, and following a difficult and challenging childhood, took his godfather’s surname just prior to his first marriage. Thereafter, Twardowicz enjoyed a prolific 65-year career upon retiring from painting in 2005. This longevity is in stark contrast to good friends of his — Jackson Pollock, Franz Kline, Jack Kerouac – all of whom died young and was robbed of precious years of work. Stanley once felt that he too was headed for an untimely end (excessive drinking), but he pushed his way through his self-recognized “black” period (1959-1962).

Self–affirmation gave Twardowicz an additional 45 remarkable years of painting, during which he kept right on evolving as an artist. He not only kept dealers interested in gallery showings of his work, he also piqued museum directors’ interest in Twardowicz retrospectives. These shows recalled his early romantic compositions of the 1940′s, his signature biomorphic expressionist paintings of the 1950′s, his “Disappearing Ovals” of the late 1960′s, his “Moving Color” work of the 1990′s and, his career-long catalog of superb photographic images. Twardowicz received four retrospective exhibitions: Heckscher Museum, NY; Nassau Community College, NY; Phoenix Art Museum, AZ and most recently at Hofstra University Museum, NY, in 2007.

Through all of this work, Stanley has left his own distinctive mark on the American art scene. It is a feat that he seems to have accomplished with ease.

Back in 1940, at the energetic age of 23, Twardowicz attended the Meinzinger Art School in Detroit, Michigan, to learn photo-retouching. During summer classes the following year, Stanley became so smitten with figure drawing that he decided to dedicate his life to fine-art painting. Two years later, he began making a name for himself in his hometown by winning the 1943 Lou R. Maxon Prize from the Detroit Institute of Arts.

In the spring of 1946, Stanley attended the ‘new’ School of Painting and Sculpture in Skowhegan, ME, with his friend Zubel Kachadoorian, another Detroit artist. Twardowicz is a first year alumnus at Skowhegen and also attended in 1953 and it is where he befriended fellow artists Jack Levine, Philip Guston, and Yasuo Kuniyoshi.
The opportunity at Skowhegan proved to be well worth his effort. During the summer semester, a visitor to the school, artist and educator, Alice Schille, was impressed by Stanley’s unique ability to analyze, critique, and discuss the art of his fellow students. Schille proceeded to pull strings that resulted in Stanley’s joining the faculty at Ohio State University.

By 1948 he had begun his consistent upward rise to national recognition. During this time, critics and other members of the arts community singled out his work as both “significant” and “important.” Twardowicz’s paintings of this time aptly classify as American Scene painting, with a sub-classification of Regionalism, since many of the works depict the areas in and around Detroit.

In 1948, the young artist was the winner of a $1,500 fellowship in Pepsi-Cola’s fifth annual “Paintings of the Year” competition, which became a show at the National Academy of Design in New York City. That same year Ohio State University purchased Twardowicz’s Romantic period painting, “Clown.” for its permanent collection. In 1949, Twardowicz began annual one-man exhibits at the Contemporary Arts Gallery, New York and, had a one-man exhibit at the Columbus Gallery of Fine Arts, Ohio.

The years 1950 through 1952 were good ones for Twardowicz as he enjoyed seven one-man exhibitions at Ball State Teacher’s College, Eastern Illinois State College, Decatur Art Center, the University of Kentucky, Ohio Wesleyan University and, two exhibits at George Wittenborn of New York City.

The New York shows gave Stanley prime recognition as a fine-art photographer. Jacob Deschin’s 1951 review for The New York Times pays specific attention to the feeling Twardowicz’s photographs convey. The subject was the Mexican fishing village of Ajijie. Stanley’s trip to Mexico in 1947 yielded a stunning photographic journal of the Mexican people that became the basis for his Mexican series of paintings of 1948-1951.

The idea of slowing down seemed never to enter Twardowicz’s mind as he continued to create paintings, drawings and, photographs that showed his keen sense of personal awareness. During a trip to Europe in 1951, Stanley traveled through France, Italy and, Spain producing a series of no fewer than 1,000 abstract drawings, many of them the basis for compositions which were transferred to canvas.

The European trip also marked his departure from his teaching position at Ohio State University. It was an experience he found challenging personally and professionally. With both his personal and professional lives in mind, he fondly recalled his strong friendship with Roy Lichtenstein. The two men acted as “best man” for each other on their wedding days. Twardowicz married Ruth Ann Mandel, a former student at OSV. Ann Twardowicz (1929-1973) also an artist, was known for her wood-cut prints, and who is often shown in photographs with Jack Kerouac during his residence in Northport, NY.

When he returned to the United States in 1952, Twardowicz moved to Plainfield, NJ, and began taking advantage of being so close to New York City. Most notably, he began visiting the Cedar Tavern in late 1952. There he befriended many painters who were to become famously known as Abstract Expressionists. Fellow artist and good friend Matsumi Kanemitsu once wrote:

“Among the New York painters, the most popular and interesting is Stanley Twardowicz … I remember his coming to the Cedar Bar practically every Saturday, driving an old jeep from New Jersey. He was so regular on the weekends, like a churchgoer. Every time Stanley and Ann showed up at the bar, Franz Kline would have a big, childish smile and look very happy. Stanley was, among the painters, the No. 1 drinker … Once Jackson Pollock challenged him to a fistfight, Stanley said O.K., and took the perfect boxing stance. Everybody stood by for this excitement — then Pollock looked at Stanley and said, “You have guts,” and bought him a drink … I remember they were drinking till the bar closed at four in the morning.”

During the mid 1950′s, Twardowicz rented a small cottage in Maine, and invited Kenzo and Kimi Okada to visit for a couple of weeks. It was Kenzo who introduced Stanley to Zen philosophy. That introduction gave Twardowicz the foundation to create a body of work to which art-world notables once again responded favorably. His “biomorphic” paintings soon became a signature component of the Abstract Expressionist movement.

The year 1955 was pivotal for Twardowicz and he now mastered a single-session “pouring” technique begun in 1953 — applying household oil enamels to canvases laid flat on the ground that produced “flowing” shapes. So impressive was the resulting work that Stanley was awarded a Guggenheim Fellowship (1956) the following year, and the Museum of Modern Art acquired one of his new paintings for its permanent collection. In the next few years, six additional museums would follow suit, as would many other institutions. To date, many major institutions include Twardowicz’s work in their permanent collections.

Confirmation of Stanley’s artistic stature was acknowledged again when “Painting No. 17, 1957″ made the cover of Art in America: New Talent Annual in 1958. And New York’s Peridot Gallery would give him annual one-man exhibitions for a 12-year period.

But not only his paintings caught the eye of institutional collectors; photography was also a significant facet of Stanley’s creative genius. Edward Steichen, then Director of Photography at the Museum of Modern Art, personally selected six Twardowicz photographs for MOMA’s permanent collection.

Twardowicz’s social circle was a ‘who’s who’ amongst fellow artists and members of the arts community—and the list is many, but most memorable to Twardowicz, both artistically, and spiritually, was Franz Klein, Matsumi Kanemitsu, George Grosz, Zubel Kachadoorian, Jackson Pollack, Kenzo Okada, Betty Parsons, Jack Kerouac, Jules Olitsky, Roy Lichtenstein, and Mark Rothko, and most notably, his wife of 37 years, artist Lillian Dodson.

Twardowicz and Dodson met in early 1961, and would become a couple in 1965 with an exchange of vows in 1971. Fourteen years his junior, Dodson (and Twardowicz) were the focus of Hofstra University Museum’s exhibition, Artists in Parallel, a retrospective held in 2007 that offered the most comprehensive display of Twardowicz’s life-long career accomplishments to date. The same is to be said for Dodson. In 2007, Beth E. Levinthal, Director, Hofstra University Museum, aptly recognizes both artists as “regional and national treasures” and also attests to the significance of Twardowicz’s 30 year-long teaching position at Hofstra University.

Twardowicz’s famous photographs of Jack Kerouac, were the subject of a art-book portfolio called Stashou and Yasho, (TDA Publications 2005), and marked the first official release of photographs taken by Twardowicz of Kerouac in his Lowell, Massachusetts home during the month of June, 1967. To the viewer of Stashou and Yashou, it is important to mention that the photographs mark absolutely the first time Twardowicz photographed Kerouac — and yet it would also be the last time Stanley would see Jack alive. Stanley and Jack had unconditional respect for each other throughout their friendship, and came at a time when others in Kerouac’s life gained tight control over him. Trust was paramount and, without giving it a second thought, Stanley and Jack never broke that trust – Stashou and Yashou’s friendship remains the purest the writer would have during the last years of his life.

During the 1990′s, interest in Twardowicz experienced a regeneration with shows at Mitchell Algus’ Soho gallery. Algus’ vision to focus on ‘once popular’ artists brought to the surface what had been lying idle for a couple decades. The Mitchell Algus gallery exhibited early work by Twardowicz while the artist continued to make strides forward with a new format for his Color Field work. During this time, Twardowicz’s artwork also became a staple for collectors of mid 20th-century modernism. After a decades worth of work, Twardowicz would once again receive critical acclaim for his new accomplishments early in the new millennium.

In 2001, Phoenix Art Museum celebrated Twardowicz’s contributions as a Color Field painter by organizing a retrospective exhibition. “Moving Color” presented a core of paintings which play an important role in the work Twardowicz created from the Ovals period of the late 1960s until his retirement in 2005. At first glance, the works are deceptively simple. Yet once taken in and analyzed, they prove to be magnificently complex in their unification of color, proportion, and format. Without contest, Twardowicz’s Color-Field advancements, especially his ability to “move color,” has earned him the reputation of “Master Colorist” — to which Twardowicz responded, “…It’s color that moves me…I’m just returning the favor.”

Stanley Twardowicz’s career as an artist is documented by an extensive list of exhibitions both here, and abroad.