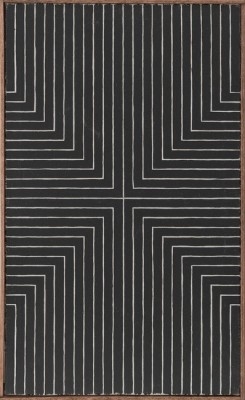 Creating small ‘pocket size’ paintings from Pop-Art images already made famous, Richard Pettibone does artwork that is described as “cloning”, which has resulted in “art that he can call his own.” (Smith) His copies include work by Andy Warhol and Jasper Johns as well as Marcel Duchamp and Roy Lichtenstein. It is done under the umbrella of ‘Dada’ and “he has seemed completely unperturbed by this apparent lack of originality.” (Smith) In July, 2005, an exhibition of work by Pettibone was held at the Philadelphia Institute of Art, and included were 215 works representing four decades of his career.

Underlying Richard Pettibone’s creations are his commitment to asking difficult questions such as ‘Who owns artistic ideas? What is originality? Why does art have to be large in size? What happens when paintings originally done in large size are reduced to small size?

Born in Los Angeles, Pettibone studied at Pasadena City College and the Otis Art Institute, where he earned an MFA in 1962. In 1964, when he was still in Los Angeles, he did his first copies of work by Andy Warhol, Campbell Soup Cans. The next year, he copied work by Ed Ruscha, Roy Lichtenstein, Jasper Johns and Frank Stella. His mediums are oil on canvas, wood, and silkscreen on canvas.

In 1988, he received a grant from the National Endowment for the Humanities.