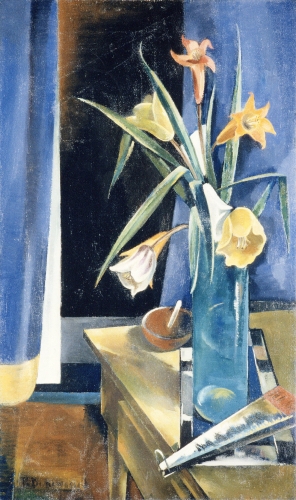 Known for his Precisionist style of painting depicting architectural subjects, especially industrial scenes, Preston Dickinson was a native of New York City who studied at the Art Students League from 1906 to 1910 with George Bellows and Ernest Lawson.

Shortly after he left for Paris, where he lived from 1915 to 1919 and exhibited at the Salon des Artistes Francais. In Paris, he was much influenced by Cubism, which for him was somewhat modified by his exposure to the work of Paul Cezanne.

Returning to New York, he showed at the Daniel Gallery. An inveterate traveler, he returned to Europe in 1930, hoping to live there but died of pneumonia.