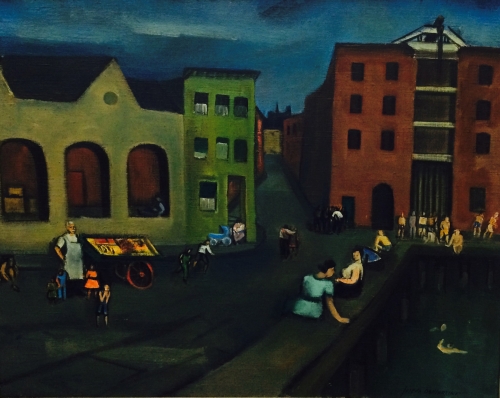 Joseph De Martini’s successful career began in the 1930s with the WPA Federal Art Project and the Macbeth Gallery. Over the next twenty-five years he exhibited in the most prestigious museum shows of the day.

Mr. De Martini was born in Mobile, Ala., on July 20, 1894. He worked in the Federal Art Project of the 1930′s, and his paintings are in such museums as the Phillips Collection in Washington, the Boston Museum of Fine Arts, New York’s Museum of Modern Art and the Metropolitan Museum of Art. He won a prize from the National Academy of Design in 1950, and was awarded a Guggenheim Fellowship in 1951.

He was 89 years old and lived in Manhattan.