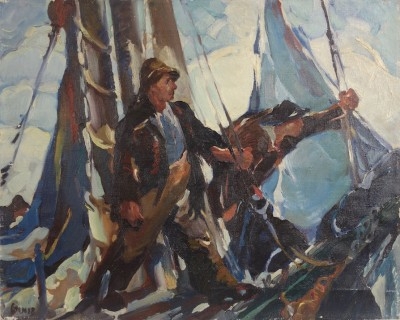 He was a student at Washington University in St. Louis and at the Chase School in New York City. He was a participant in the Federal Art Project during the 1930s.

George Pearse Ennis lived in both New York City, and Eastport, Maine, and worked in Eastport from the early 1920s until his death in 1936. Eastport is where his art school was located.

He died in an automobile crash outside Utica, New York, in 1936.

A number of his important works are in the permanent collections of The Peavey Memorial Library, Eastport, Maine and The Art Institute of Chicago.

Biography from the Archives of AskART and Wikipedia