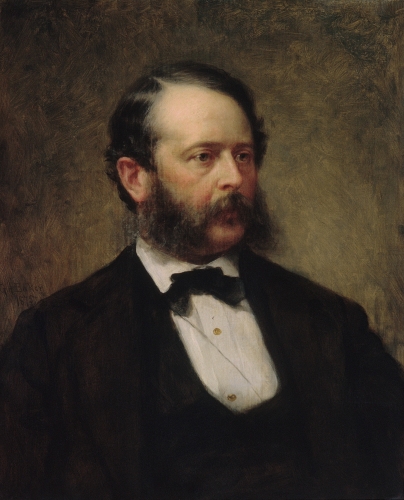 The son of a miniaturist, George Baker, Jr. grew up in New York City. Following his father’s example, he became a painter of miniatures on ivory, and becoming almost instantly successful, by the time he was sixteen, he had completed 150 miniatures and sold them for $5.00 a piece.

For seven years, he supported himself this way while attending the National Academy of Design. From 1844-46, he studied in Europe and then established a portrait studio in New York. Women and children were his primary subjects. He also did portraits of painters John Frederick Kensett, a close friend, and Charles Loring Elliot, whom he greatly admired.

He lived the last fourteen years of his life in Darien, Connecticut where he actively pursued his painting career but kept a studio in New York City.

Source:
David B. Dearinger, Painting and Sculpture in the Collection of The National Academy of Design, p. 22