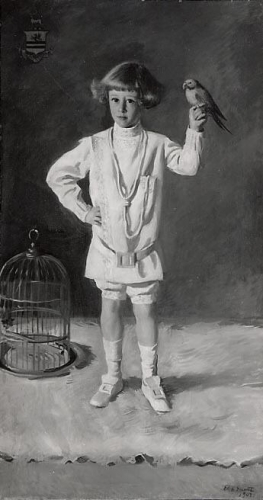 Born in San Francisco, California, Ellen Rand became a successful portrait artist who moved with her family to New York in 1884 after her father died and she was nine years old.

She studied drawing in Boston with Dennis Bunker, attended the Art Students League as a teenager, and also attended the Chase Shinnecock School of Art. She had a studio on Washington Square, and completed many portrait commissions, about 800 during her career. In her early 20s, she had successful one-person shows including at Boston’s Copley Hall where only James Whistler, John Singer Sargent, and Claude Monet had had such exhibits.

She married William Rand and living in Salisbury, Connecticut raised three sons. She kept a studio in New York City.