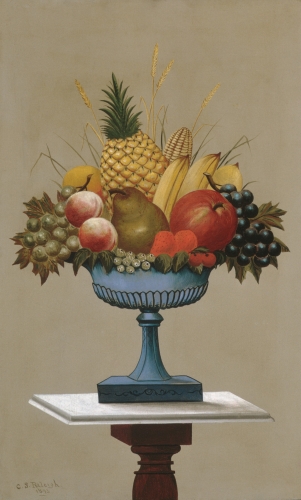 Born in Gloucester, England in 1830, Raleigh was a sailor from boyhood, running away to sea at age ten aboard a British naval vessel commanded by his uncle. He served in the American navy during the Mexican war and later served as a merchant seaman. In 1877 he settled in New Bedford, Massachusetts and was listed as a marine painter.

A self taught artist, he specialized in colorful ship portraits in the folk art tradition. To supplement his income, he also became a decorator and house painter. But his years at sea helped him to create attractive marine paintings that today grace important collections of marine art nationwide.

The New Bedford Whaling Museum displays no less than 22 of his works.

Enjoying a long and productive life, Raleigh died at the age of 95 in Bourne, Massachusetts, leaving a legacy for future generations of ship portraits showing the wind ships of his youth with great character and dignity.