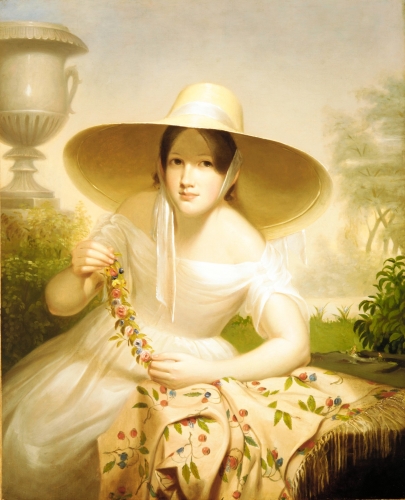 The son of artist Cephas Thompson, Cephas Giovanni Thompson was born in Middleboro, Massachusetts and began his career at Plymouth. In 1837, he settled in New York City, having worked in Boston, Bristol, and Philadelphia.

In 1840, he did portraits of leading citizens in New Bedford and from 1849 to 1852 was in Boston. In 1852, he went to Europe with his family and spent seven years in Italy where he became a friend of novelist Nathaniel Hawthorne. In 1859, he returned to New York City where he remained until his death.

Source: Who Was Who in American Art by Peter Falk.