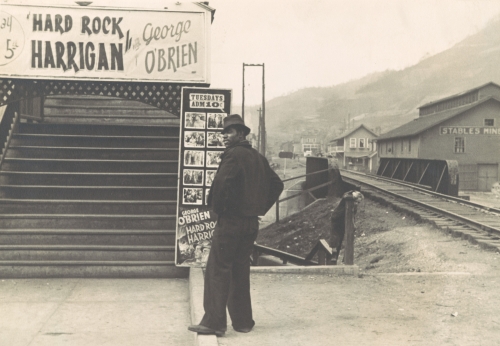 A painter, teacher, graphic artist, and photographer, Ben Shahn was devoted to the figurative tradition and was one of the more significant social critics among painters of the 20th century.

He was born in Kaunus, Lithuania on September 12, 1898, and emigrated with his family to the United States in 1906. From the ages of 15 to 18, Shahn was apprenticed to a New York lithographer. In 1919, he enrolled at New York University, completing his studies at the City College of New York in 1924. After 2 years studying at the National Academy of Design, Shahn traveled in Europe and North Africa. Returning to America, he had his first one-man show in 1929.

Shahn’s mature style and his emphasis on specific social themes date from the 1930s. His art was influenced by photographer Walker Evans, with whom he shared quarters. In 1931-1932, Shahn painted 23 gouaches and 2 mural panels based on the Sacco and Vanzetti case. The best known is the Passion of Sacco and Vanzetti, executed in tempera, with elongated bodies and slight caricature of the faces, the work is a masterpiece of understatement. This style remains consistent throughout his work. Fifteen gouache studies (1932-1933) dealing with labor leader Tom Mooney aroused the interest of Mexican mural painter Diego Rivera, and Shahn became Rivera’s assistant on the murals for the RCA Building in Rockefeller Center, New York City.

In the eight paintings on the theme of prohibition for the Public Works Arts Project, Shahn used techniques learned from Rivera in murals and panel paintings commissioned by numerous Federal agencies. The one titled W.C.T.U. Parade (1933-1934) is best known. His mural for the Community Center of the Federal Housing Development in Roosevelt, N.J. (1937-1938), is the most typical. Shahn’s themes reflected a variety of topical problems from anti-semitism to unfair labor conditions. He framed them into a continuous wall plane that is subdivided by architectural devices. Though he borrowed the organizing motifs from Rivera, Shahn’s murals are regarded as generally more readable and less crowded. Not as well known are his photographs for the Farm Security Administration. A typical photograph is the one titled Arkansas Share Cropper’s Family.

During the 1940s Shahn executed graphics for the Office of War Information and, later, for the Congress of Industrial Organizations (CIO). Register, Vote, a 1944 employment poster for the CIO, shows his concern with social equality and his ability to integrate language and visual form in a coherent design.

He had a retrospective exhibition at the Museum of Modern Art in New York in 1947.

After the 1940s Shahn moved from what he called “social realism” to a “personal realism.” He also increasingly turned to tempera painting and graphics. Yet his iconography was never “personal” or autobiographical. Rather, he reached a universal expression through the devices of symbolism and allegory, the stylized line, and the colorful palette, which are hallmarks of his style. Whether his subject was music or a theme after the Spanish artist Francisco Goya, it is said that he could evoke worlds with a single pen stroke or color overlay. Blind Botanist, a drawing for a painting (1954), demonstrates Shahn’s ability to express the poignant, often tragic, state of mankind.

Shahn’s Lucky Dragon series (1960-1962) visualizes the tragedy of the Japanese fishing vessel that sailed into an atomic testing area in 1954. Perhaps his greatest honor was his appointment as Charles Eliot Norton professor of poetry at Harvard University (1956-1957). He then continued to work prolifically and with social responsibility. He taught and lectured at a variety of educational institutions.

Sources:
Who Was Who In American Art
Encyclopedia of World Biography
Other Internet Sites