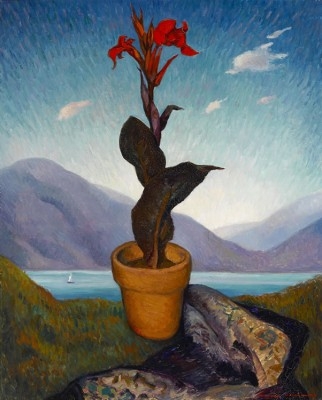 Alexander Warshawsky was a painter born in Cleveland, OH on March 29, 1887.

Warshawsky studied at the National Academy of Design. Most of his early career was spent in Paris, France; however, by 1934 he was a resident of Los Angeles. He died there on May 28th, 1945.

He was the brother of artist Abel G. Warshawsky.