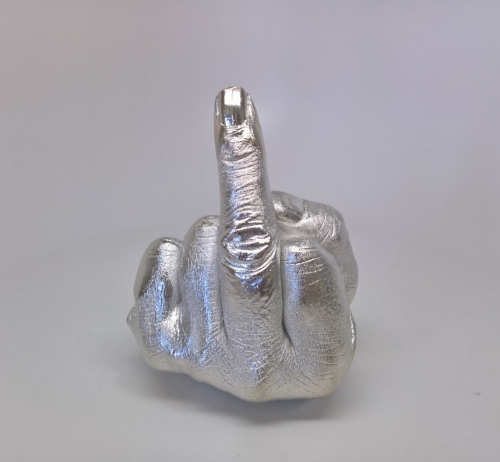 Born in China to a father, Ai Quin, a famous poet imprisoned for political activities, Ai Weiwei grew up under a communist party regime that he described as offering “no freedom of speech or expression. . . .I found it almost impossible, in those conditions, for individuals to develop self-consciousness or any real awareness of esthetic values.” As a result of experiencing much suppression in his native country and of spending 12 years in New York City, where he observed much freedom of expression, Ai Weiwei has devoted his creative life to dealing with social and political issues related to art.

In 1979 and 1980 in Beijing, Ai Weiwei participated with paintings in Stars Exhibitions, which involved a group of young artists trying to exercise “their own rights to produce non-academic, non-party line artworks, influenced by the early modern sensibility of the Impressionists and the Cubists.” Because of being allowed no exhibition space, the participating artists in 1979 hung their work on a fence in front of the National Gallery of Beijing. Police closed the show, but the next year inside Gallery space was provided, and many viewers had a shocking response to ‘non-propaganda’, personally motivated art.

In 1981, Ai Weiwei went to New York City where he stayed for 12 years, and left behind the political turmoil that led to artists organizing the “China/Avant Garde” exhibition at the National Gallery and the Tiananmen Square pro-democracy demonstration when police killed some of the participants. In New York, Ai Weiwei studied at the Parsons School of Design and became involved with leading edge conceptual art movements in Soho and the East Village. Ai Weiwei also realized that trying to promote that kind of expression in China was futile because the country was so rooted in “a long tradition of Confucian thinking and fatalism about history. According to Ai Weiwei, “merely copying ideas from the West won’t work and new movements had no strength in the face of the old army.”

For Ai Weiwei, the time in New York was more observation than creative participation, although he did spend much effort supporting Chinese immigrant artists such as himself. In 1993, Ai Weiwei returned to China, and saw that artists were mostly doing traditional easel paintings and conducted virtually no discussion about experimental types of work. To counter what the artist perceived as lethargy amongst his peers, Ai Weiwei and a curator, Feng Boyi, gathered documents from progressive artists, combined them with writings of western artists such as Marcel DuChamp, Andy Warhol and Jeff Koons, and published them in three books: Black Cover Book, 1994; White Cover Book, 1995 and Gray Cover Book, 1997. Feng Boyi’s participation was curtailed by the authorities, but for some unknown reason, Ai Weiwei was left alone to pursue his agendas.

Ai Weiwei continued to challenge authorities, which included publishing his photo, June 1994, of an attractive young gal lifting her skirt under a photo of Mao and Dropping a Han Dynasty Urn, a painting of a Coco-Cola logo an an ancient pot. Ai Weiwei also did a photo series between 1995 and 2003, Study of Perspective, that shows him “flipping the finger not only to Tiananmen square to also to such cultural icons as the Eiffel Tower, the White House and the German Reichstag.”

Ai Weiwei, beginning 1997, has directed in Beijing the China Art and Archives Warehouse, the first contemporary art space in China. Ai Weiwei has also been making conceptual installation sculptures, with some of them incorporating objects symbolic of Chinese culture past and present such as beams and doors from Ming and Qing dynasties. Combining his own creative talents with organizing people to make political/social changes in his country, Ai Weiwei says that his intentions are “to use art to directly affect people and groups who are not generally associated with art. I’m fascinated with individual consciousness, awareness, a new sense among the participants that possibilities exist in the spaces between different cultures.” 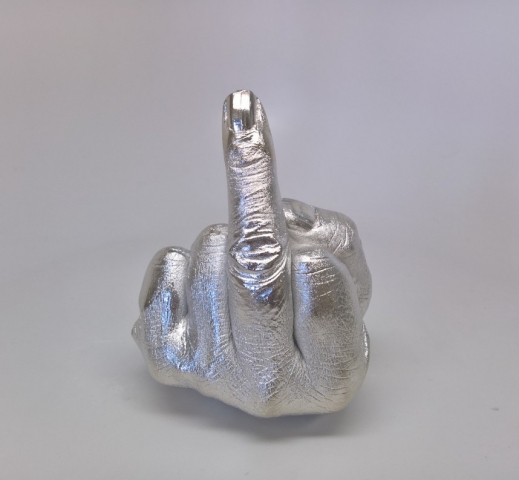